The exhibition celebrates the 100th anniversary of birth of Marc Riboud, born in 1923 in Saint-Genis-Laval near Lyons.

As soon as he joined Magnuma agency in 1953, Marc Riboud spent his life traveling. From India to China, Algeria to Ghana or Nigeria, he looked at all the cultures of the world with a curious and tender eye, especially in Asia where he would go back many times.

If his instinct for geometry is a feature of his work, the human presence in his images, visible or invisible, reveals his natural empathy for those who fight for their freedom.
In 100 photographs, this exhibition presents a glimpse of the richness and diversity of Marc Riboud’s work and enlights the photographers’s passion: to understand the world and meet the others. 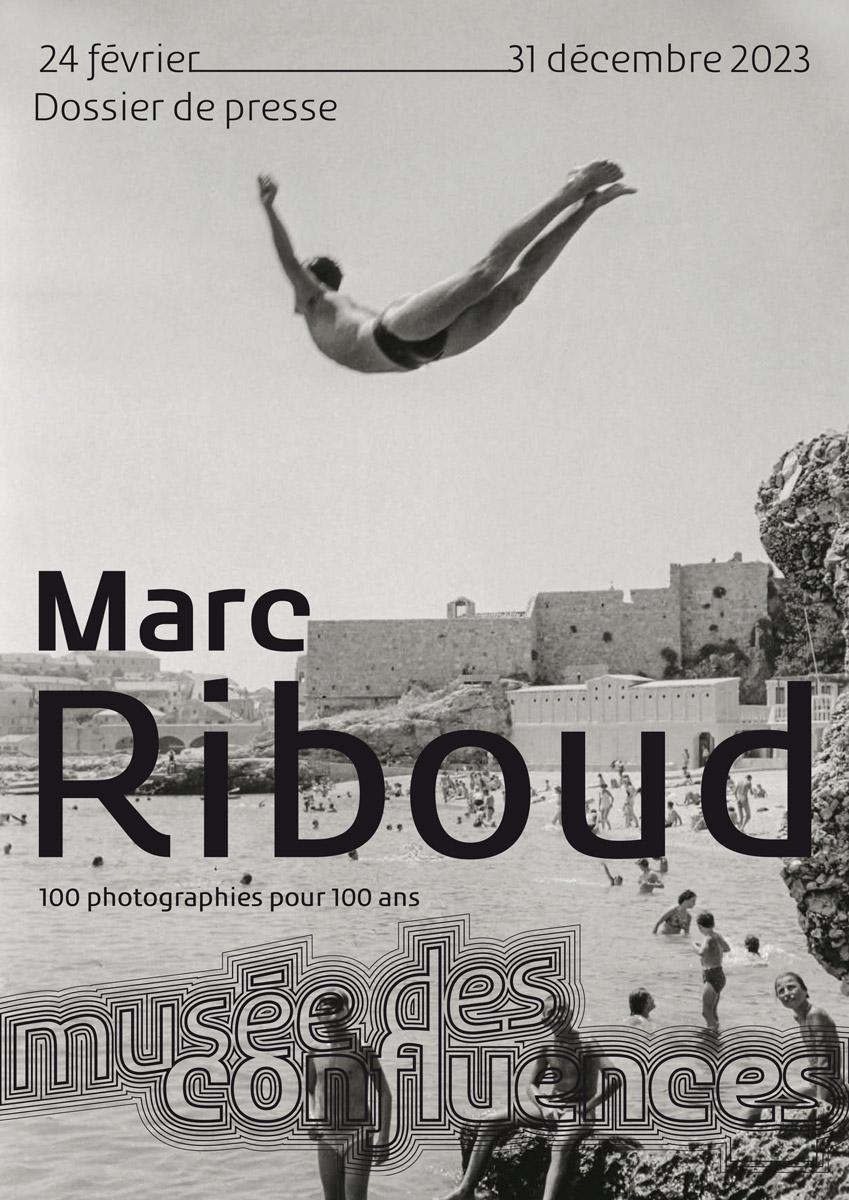 Musée des Confluences
86 quai Perrache, 69002 Lyons
Open from Tuesday to Sunday, from 10:30am to 6:30pm. Open late until 10pm every 1st Thursday of the month.
For more information (in French): museedesconfluences.fr

In collaboration with Les amis de Marc Riboud.
This exhibition benefited loans from Marc Riboud’s photographic archive, donated in 2019 to Guimet National Asian Arts Museum (Paris).
This project is also an opportunity of a collaboration between two museums historically linked to Emile Guimet, collector passionated by the travels and study of foreign civilisations, just like Marc Riboud was, in his own way, one century later.

The city of Evian and Evian Resort, along with association Davril and Les amis de Marc Riboud, present as part of Jazz en ville festival, a concert creating a dialogue between Marc Riboud’s photographs and Baptiste Trotignon’s live music.

This “photo concert” will be the first event of year 2023 which celebrates the 100th birthday of Marc Riboud.
This projects links live music by Baptiste Trotignon and the screening of more than 300 photographs by Marc Riboud. From the principal themes in the work of Marc Riboud and compositions by Baptiste Trotignon, chosen from his repertoire, sequences of images have been elaborated, at times thematic, at times transversal, to built up partitions of images.

During the day of Saturday 4th of February, other events will take place: 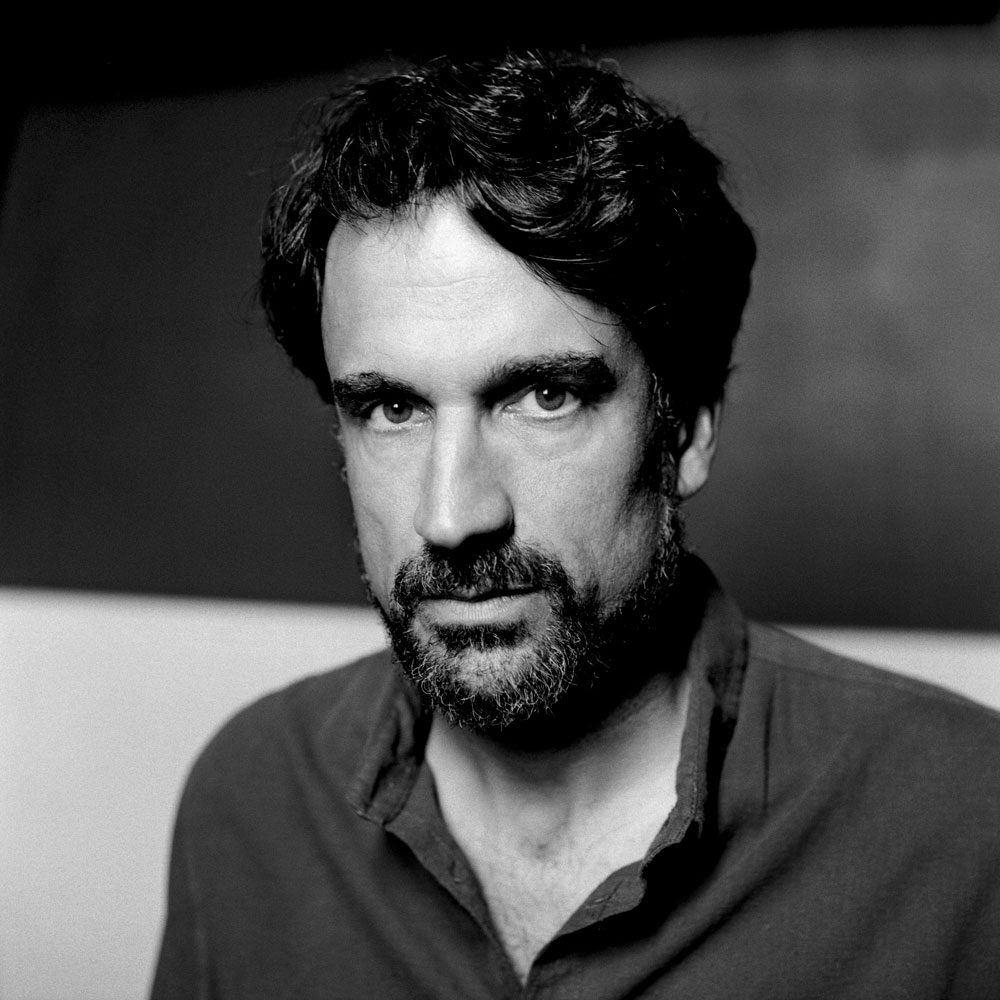 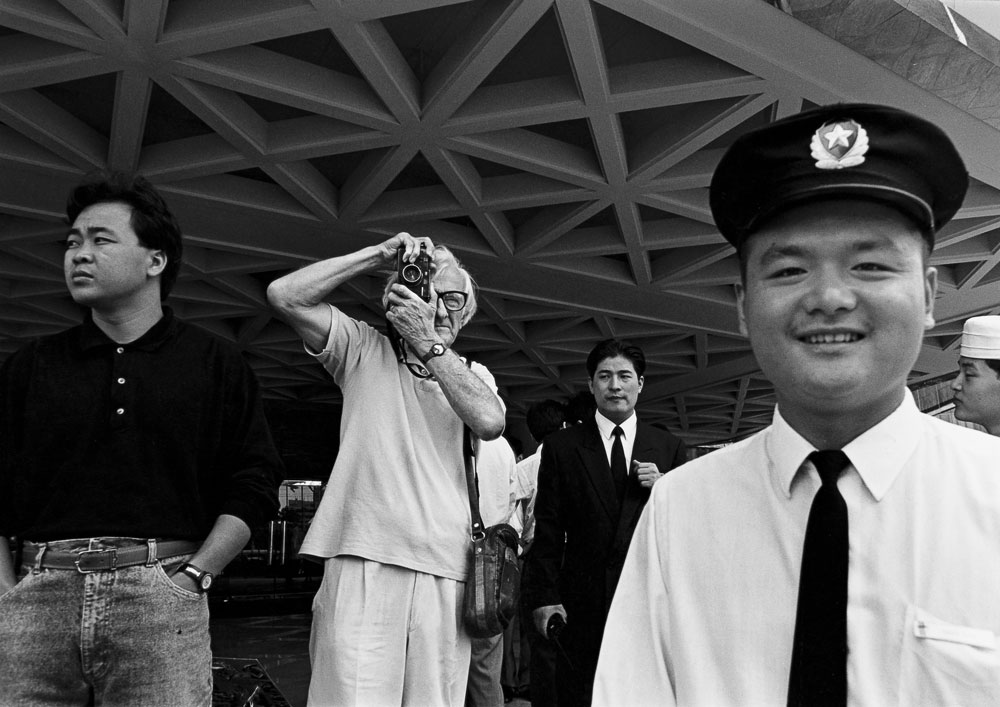 For more information: website of the city of Evian

Arcturus Gallery is happy to present an exhibition of photographs by Marc Riboud which launches the celebrations around the 100th anniversary of his birth, in 2023. 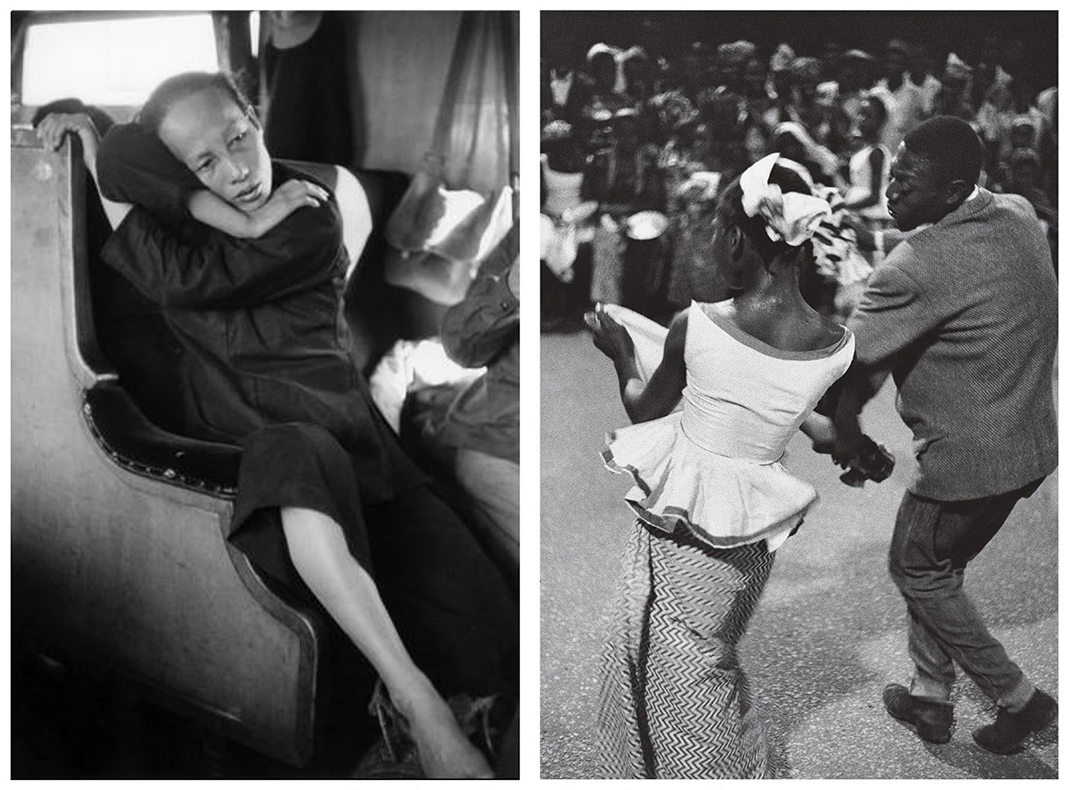 For more information (in French): photodays.paris/Galerie-Arcturus

One, Marc RIBOUD, in black and white, has photographed Japan in 1958 – a body of word to (re)discover from a selection of vintage and modern prints entrusted by his heirs.

The other, Géraldine LAY, in colour, has wondered in the country four times three weeks (from 2016 to 2019) to discover the archipelago. Both, in front of the unknown, let the fragility of its perception guide them, without protocole or preconsidered depiction. 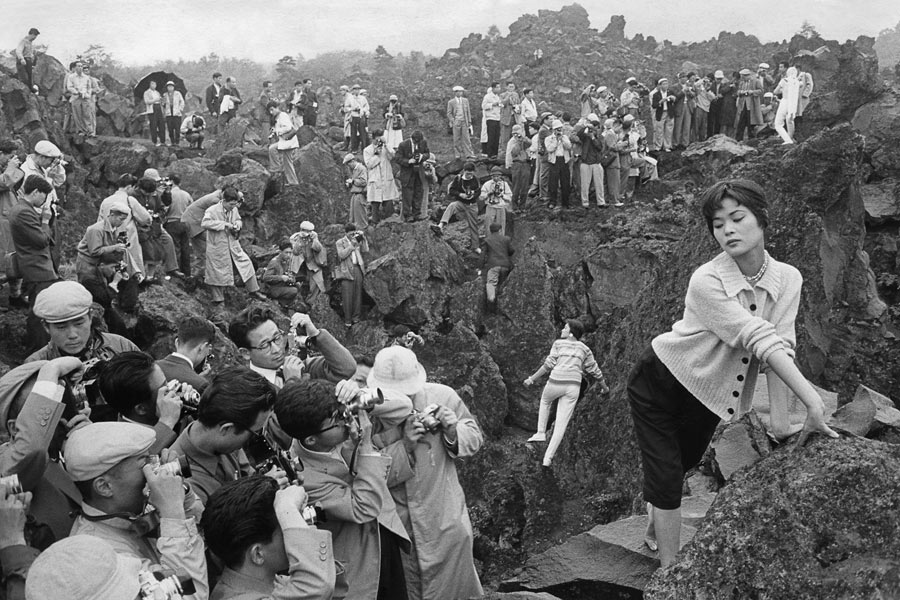 Gallery Le Réverbère is located at 38 rue Burdeau, 69001 Lyon.
Free entrance from Wednesday to Saturday, 2pm to 7pm, and otherwise by appointment.

For more information (in French): https://www.galerielereverbere.com/exposition

This exhibition, created in 2021 for the 50th anniversary of Bengladesh’s independance, in collaboration with the Liberation War Museum, Dhaka, and the support of the Alliance française of Dhaka and the French Embassy in Bengladesh, is going to be shown again.

The Alliance française of Dhakawill host the exhibition, enriched by content about Marc Riboud, and about the researches made by Mofidul Hoque, and his team of the Liberation War Museum, who identified some of the people photographed 50 years ago by Marc Riboud.

A program of documentary movies and a talk with the organizers is scheduled at Alliance française on Saturday 15th of October. 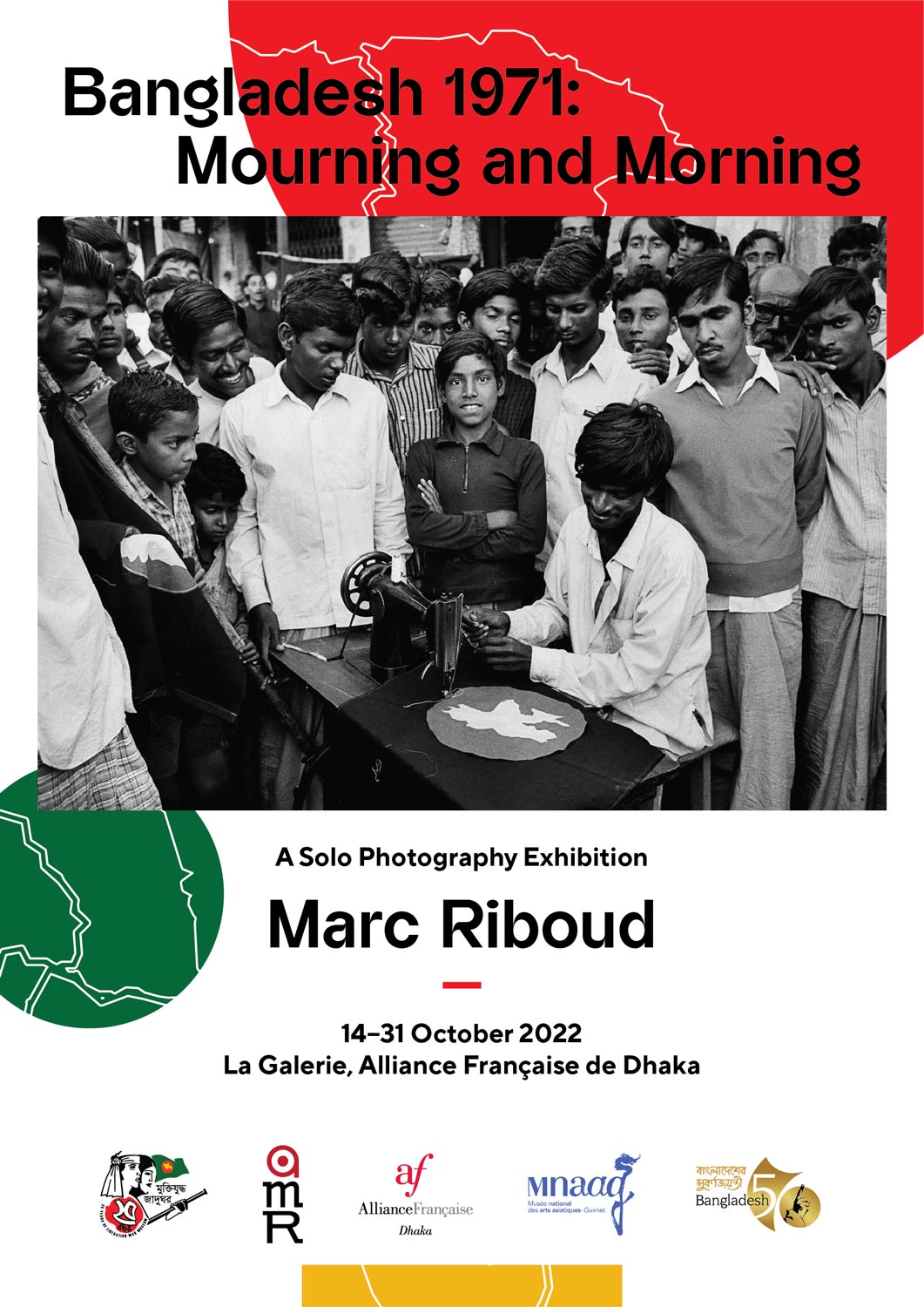 In the new Maison du Regard, located in a recently renovated station, Sylvie Hughes and Mathilde Terraube set up this exhibition space devoted to photography.

The exhibition « Clémence », created for the Festival du Regard in Cergy, suburb of Paris, in Autumn 2021, showcases texts by Catherine Chaine and photographs by Marc Riboud about the birth and childhood of their daugther, the wound of handicap, the ambivalence of their feelings.

The exhibition « Jours heureux » shows a selection of photographs taken in France in the 50s and 60s, especially a group of prints taken during the construction of liner France, who used to depart from the Havre harbour. 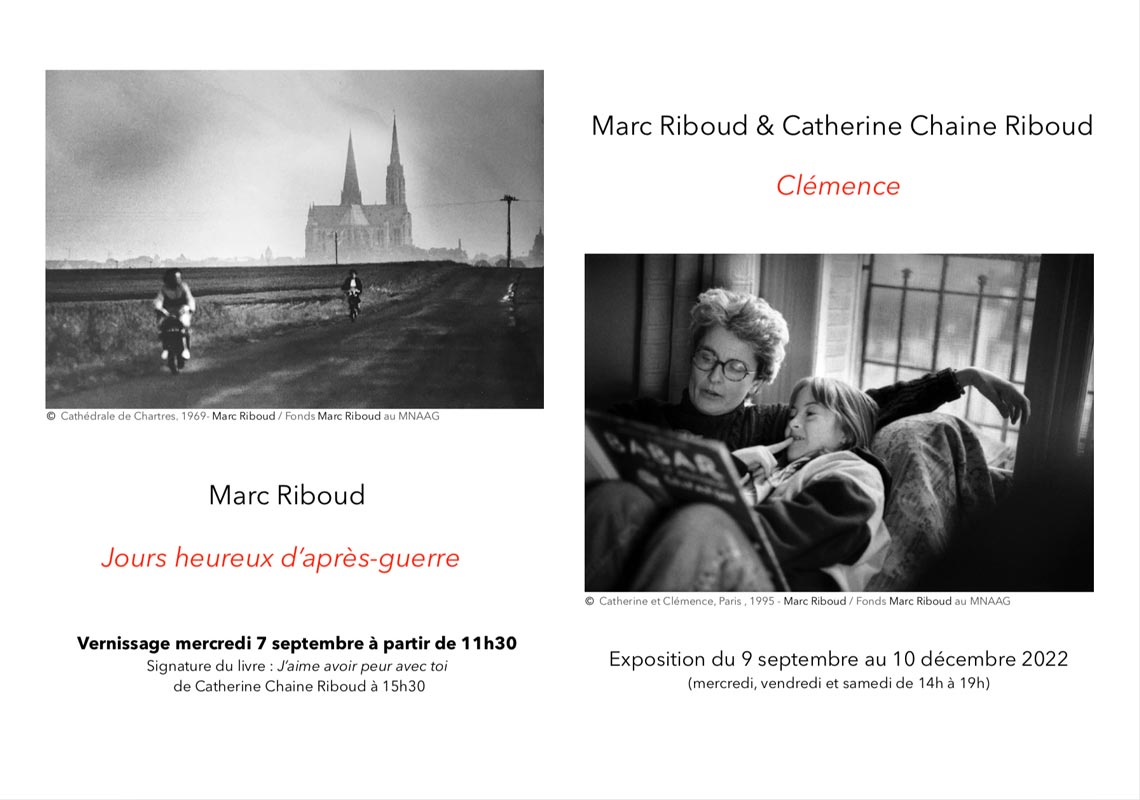 Opening on Wednesday 7th of September from 11:30am.

For more information (in French): https://www.maisonduregard.fr/expositions-a-venir/

For the first time, nearly 60 photographs taken by Marc Riboud in Indeia, mostly during his long journey in 1956, along with documents and books, will be exhibited. 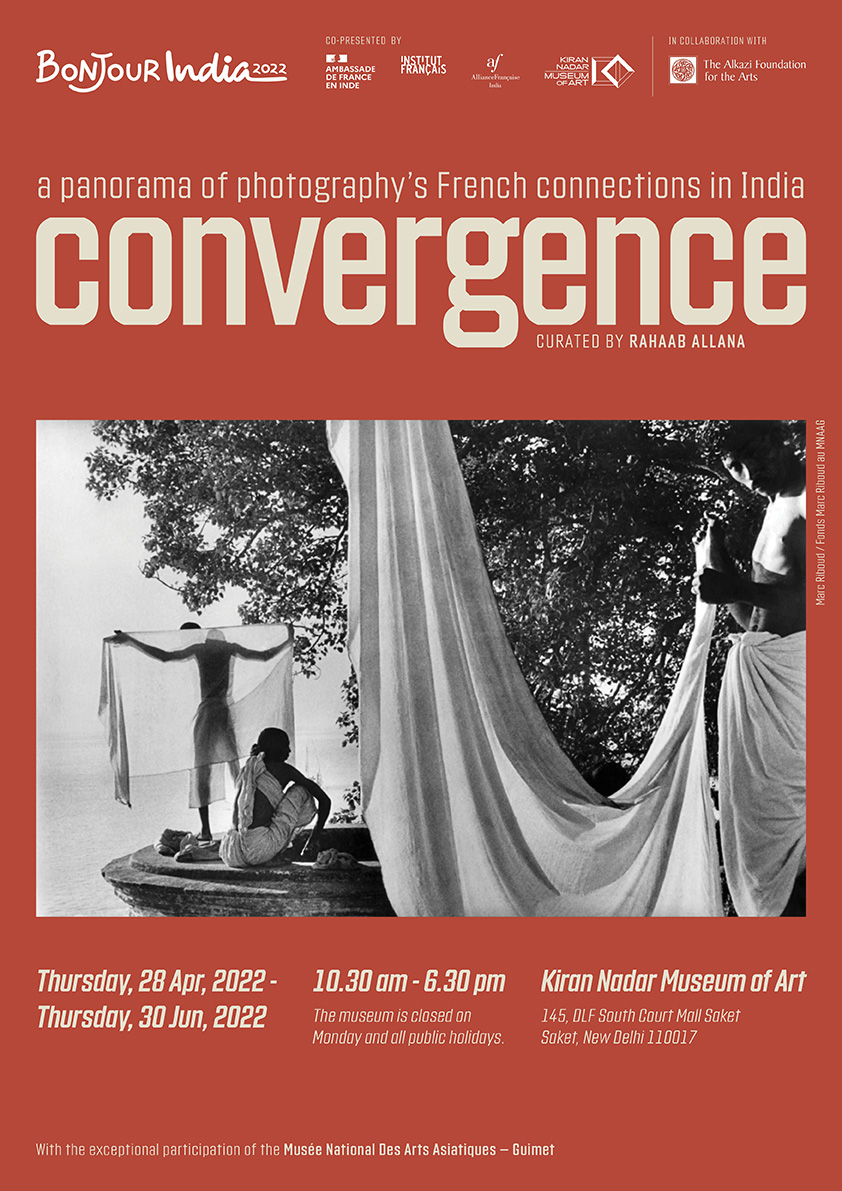 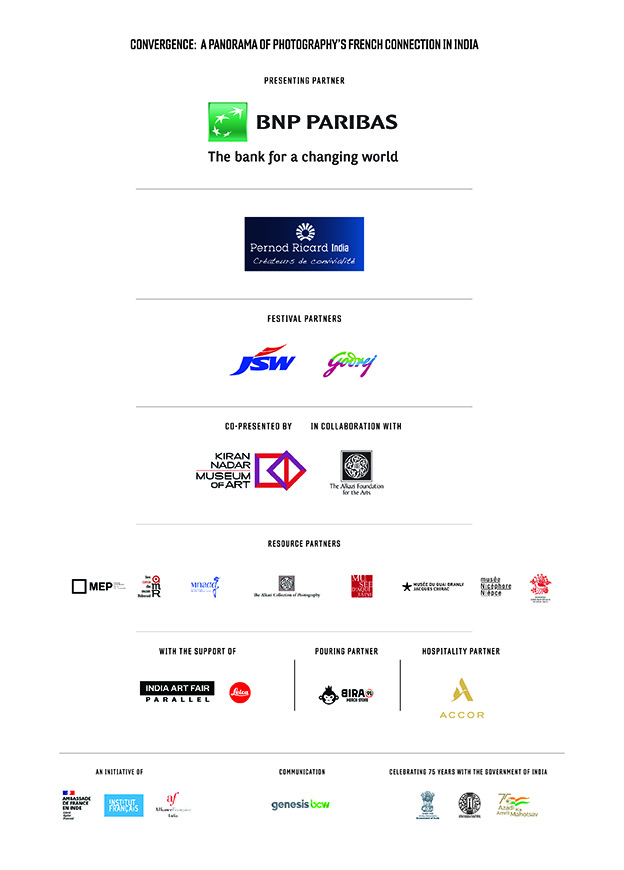 For more information: website of the French Institute in India

Showing 26 prints – one per letter of our alphabet -, this exhibition invites the visitor to (re)discover photographs by Marc Riboud, know and lesser known. B for “Bateau” (boat), J for “Joie” (joy), R for “Route” (road), T for “Tortue” (turtle)… an exhibition for kids and grown-up kids! 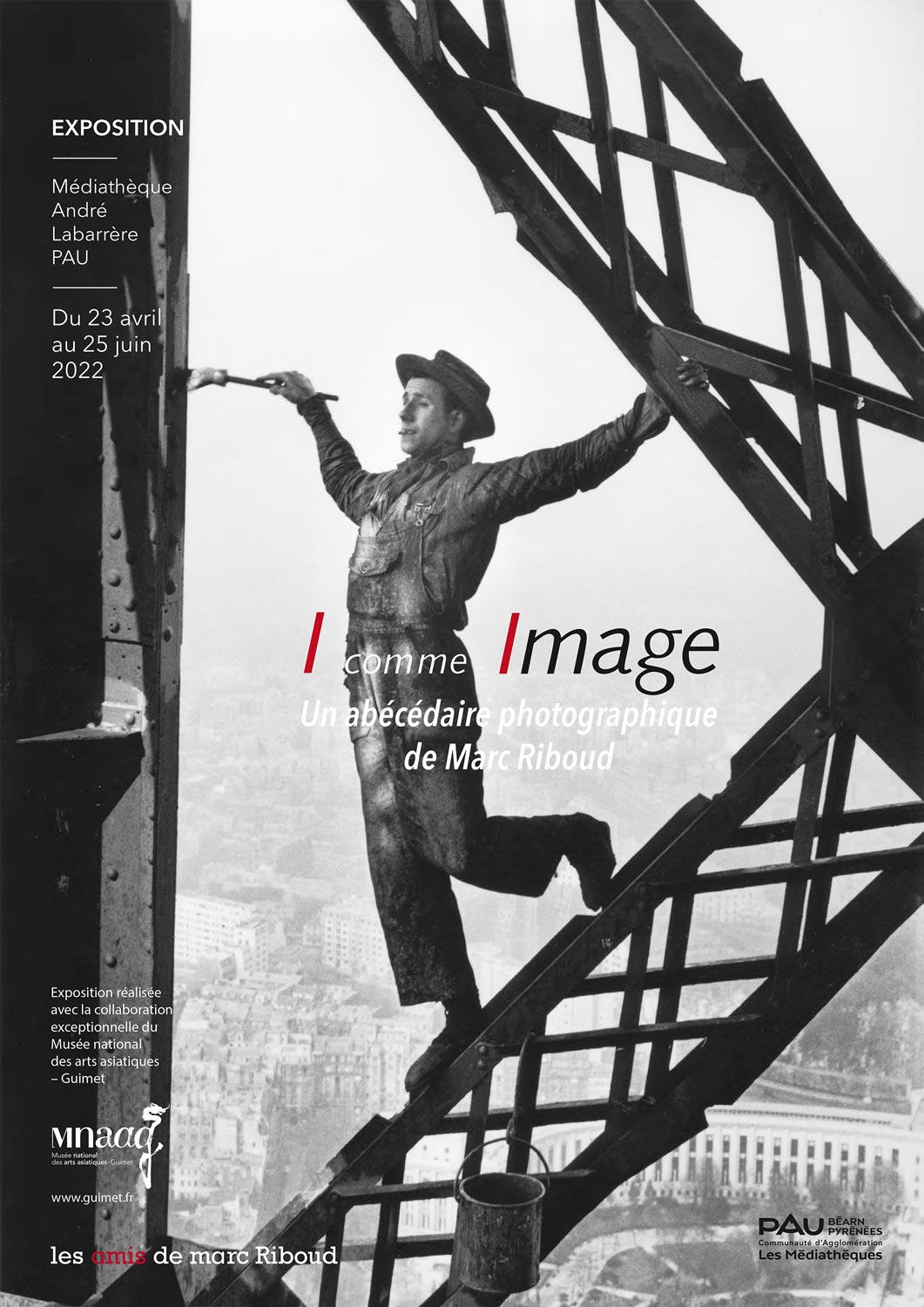 Inauguration of the exhibition on Saturday 23rd of April at 11am.
Conference with Catherine Chaine and Lorène Durret on April 23rd at 2:30pm at the auditorium.

To consult the programm (in French): programm

Tags: I for Imagine

Free entrance from Thursday to Saturday, 2:30 pm to 6pm, and on appointment.
For more information: the gallery’s website 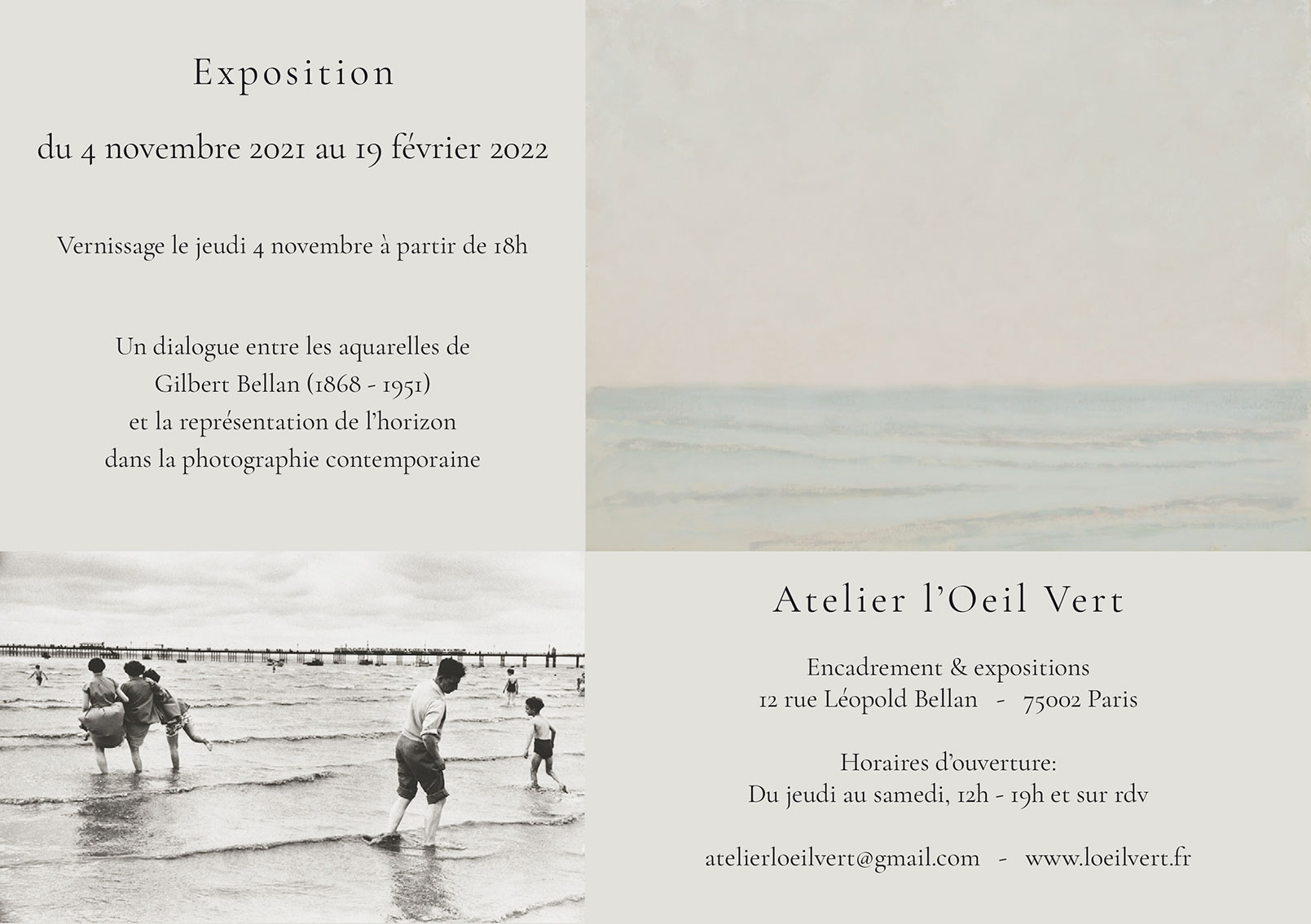 Adress: 12 rue Léopold Bellan, 75002 Paris
Free entrance from Thursday to Saturday, from noon to 7pm, and on appointment